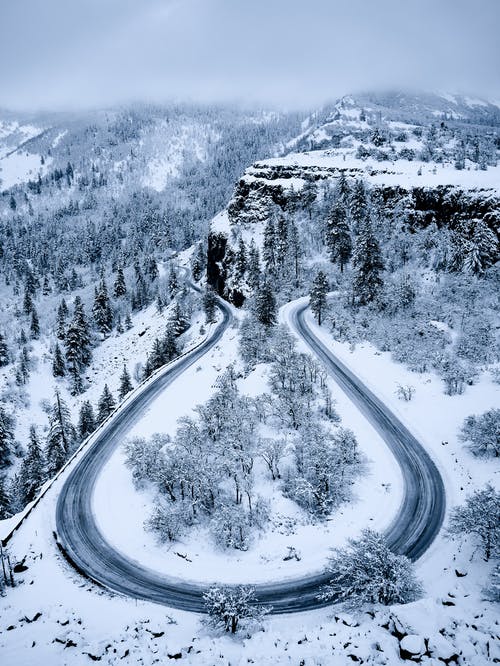 There are numerous different types of driving test tracks to perform winter car testing in an almost endless amount of applications to test factors such as:

The importance of automotive winter testing

First off, WHY do we need to perform winter car testing?

Well, snow, ice, and cold temperatures change the way a vehicle performs more than any other circumstances. It’s also often considered the most hazardous to drive in for multiple reasons including:

To test all these factors, a host of different driving test tracks are required, some of the most common ones will be covered below.

Winter test tracks can be either land-based and on lakes. There’s no real difference between them, except, of course, one is on land, the other one on a frozen lake. The benefit to complement lake tracks and land-based tracks are that the opportunity to start the winter test season starts much earlier.

The goal of FSTT is to excite vehicles at different frequencies to detect and evaluate acousting problems ー squeaks and rattles. The basic idea behind a FSTT is that a vehicle traveling along the track at a constant speed will be exposed to a constant force, but with changing frequencies.

The cobblestone track has a similar function to FSTT, where cobblestone creates a randomly variable force instead of a controlled frequency sweep to test for acousting problems and the vehicle’s suspension.

A torque hill track is used to test the strength and rigidity of the chassis under an uneven load/torque. This type of drive test track consists of multiple smaller snow- and ice hills, which when driven over, subjects the chassis to different degrees of force working different parts of the chassis to test it.

Chassis scrape tracks in vehicle winter testing are used to test the durability of a vehicle’s underbody against force scraping in cold temperatures where materials become more brittle. The obstacles are constructed from snow and ice in various heights.

A pothole track is exactly as it sounds, nothing more, nothing less. It’s simply a track filled with potholes to simulate driving on a badly maintained road in a cold climate. It is at times also referred to as a “suspension test track“ as when driving over the potholes, the vehicle is subjected to sudden and intense shocks and jolts, testing the performance of the suspension, but also the chassis and other systems.

Automotive winter testing is a crucial part of vehicle production, the keyword here being “safety”. Before any type of product can be released to the public, it needs to undergo rigorous testing to ensure it both fulfills the manufacturer’s quality and safety requirements, but also to get the green light from different regulatory bodies.