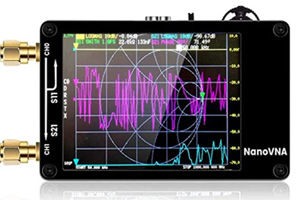 Radar has since long been of immense interest and use since its invention just before the world war began. However, in recent years, the radar has come to face serious competition from alternative solutions based on radio and satellite technologies, among others. But the radar has one unique feature that the competing technologies lack: it does not need the co-operating target or system to receive a signal that can tell something about the unknown.

Radar test equipment is just as important today as it was a hundred years ago to ensure that the radar works in critical applications such as warfare. In this article we’ll cover the following topics about radar and radar testing:

The modern relevance of radar

For a long time, we’ve been thinking that we can rely on co-operating targets for air traffic control applications. This is of course not the case in military applications. Based on terrible experiences and tragedies, we know that we cannot fully trust every target moving in a controlled space to be co-operative. Therefore, surveillance radars are of utmost importance, still relevant today, as the ultimate backup for identification of movements whatever system is utilized. Another just as important application of the radar is the detection of passive echo coming from radar reflections from rain and other similar precipitation.

The importance of radar test equipment

Advances in both electronic warfare and radar systems present numerous challenges in the test and evaluation of modern systems. Radar capabilities such as synthetic aperture radar, multiple degrees of agility, wide spectral ranges, and the introduction of cognitive/adaptive electronic warfare jamming techniques have increased both the complexity and cost of developing effective test environments.

Sufficiently advanced radar test equipment with the necessary capabilities, features, and quality of target and image returns has become increasingly more important throughout the years to properly test and evaluate new and upcoming radar systems.

What is a radar monitoring system?